We are 10 mins drive from the local beaches of Burnham on Sea and Brean.  There you will find a small shopping centre and holiday entertainment, swimming pools and golf.  Plenty of places for food and drink.

Cheddar Gorge is a short drive away in the Mendip Hills, where you can see the largest inland limestone cliffs in Britain and their caves, set in a 360 acre Nature Reserve. Cheddar village is the site of a Saxon Palace of the Kings of Wessex, which later became the “capital”of the Royal Hunting Forest of Mendip. There is still a fine Minster Church and a Market cross, Which was roofed over in medieval times to provide stalls for selling produce.

Nearby Axbridge is a picturesque market town, with a fine church and attractive historic houses laid out in “burghal strips” along the original street plan. The oldest and most impressive, a Tudor mechants house, is now the King Johns Hunting Lodge Museum.

To the west is the beauitiful city of Wells with its 12th century cathedral and ancient palace. Glastonbury of course hosts the world famous Glastonbury festival each year. And the nearby town of Street has Clarks Village for those of you who want some retail therapy. Taunton’s “Town” shopping experience is recommended for a leisurely wander or Bristol, with Cribbs Causeway, is 40 minutes up the motorway.

The surrounding villages boast many welcoming pubs and inns which provide an excellent variety of quality food and drink. Somerset is famous for its apple orchards and cider drinking. The “pressings” can be blends or single apple varieties like Kingston Black, and range from fine-wine like ciders to potent farmhouse scrumpies. Several shops in the area stock cider from local farmers – Richies is our local with Sheppy, Thatcher, Coombes and Perry in the wider Somerset.

If you are interested in making the most of the local walks here or further afield please visit www.walkinginengland.co.uk/somerset for more ideas. 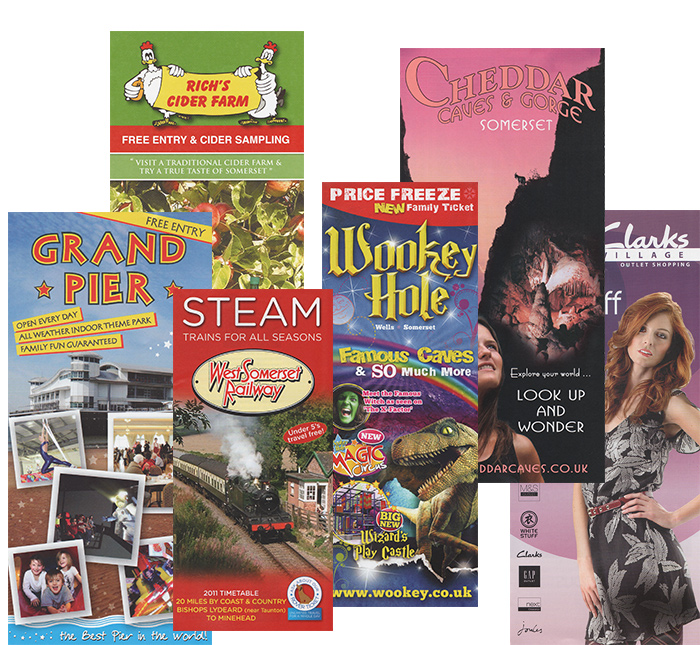